It was my first ever flight and I was travelling alone. I was bit nervous, but as it was a journey which I was eagerly looking forward for quite some time, I managed to enjoy every moment of it. It was around 11am in Japan time when I disembarked at Tokyo Narita International Airport which is located in Chiba prefecture (~60km east from central Tokyo) Narita is the predominant international airport in Japan, handling around 50% of the country’s international passenger traffic and 60% of its international air cargo traffic. There was a little rush near the baggage belts but luckily I found mine soon and after going through the customs sections, I entered the arrival lobby, where my brother in-law was waiting for me. At the airport Terminal 2 station, we got in to the train (Keisei Narita airport line/Narita Sky Access line) to reach our destination, the City of Yokohama.

Night view of the city

Yokohama is the capital city of Kanagawa prefecture of the Kanto region of the main island of Honshu. It’s the second largest city in Japan by population, Tokyo being the first. It lies on Tokyo Bay, south of Tokyo and it is a major commercial hub of the Greater Tokyo Area.

Distant view of Mt.Fuji from Yokohama at dawn

I was truly fascinated by almost everything around. Everything in the surrounding was very clean, neat and tidy. There was not a single speck of dust on the roads or elsewhere. The air was clean and cool. Even though it was mid-day, I felt cool breeze fluttering my hair. No stray dogs wandering around; no noises of crows; no un-necessary vehicle horn sounds and street vendors or other; no bothersome crowd of people anywhere you go. During my stay, my sister took me to some nice places in Yokohama including parks and shopping malls in Minato Mirai, a major tourist attraction and as well as a symbol of Yokohama and its skyline.

Located in the heart of Minato Mirai, within the walking distance of several train stations, the Cosmo World is an inexpensive amusement park. It has no entrance charge. Instead, customers pay by the individual rides or attractions, allowing for cheaper overall costs. Prices are ranging from ¥500- ¥1000 for the rides. There are so many to do there, including two roller coasters, a two-level merry-go-round, a log flume, a cycle mono-rail, and a massive Ferris wheel.

View of the Yokohama port from the top of the wheel

The Ferris wheel Cosmo Clock 21 is a must-try and the view won’t disappoint you. It’s 112.5m high and is one of the tallest Ferris wheels in the world. We took a ride in it at a cost of ¥800, and it was unforgettable. Cosmo World is scenic and beautiful by day, and its brilliant lights make it an amazing place to walk at night. The Landmark Tower, Yokohama bay and the historical Red Brick Warehouse at Yokohama port are some other nearby places to visit.

Yokohama Chinatown is the largest Chinatown in Japan and it is one of the largest Chinatowns in the world. It has a history of 150 years and there are around 500 Chinese stores along its streets decorated with red color Chinese lanterns. There is a number of Chinese restaurants, street food vendors, fortune tellers, two main temples and many other stores selling almost everything brought from China!

Wax models of food at ChinaTown

At the main street between the two gates, there are expensive, all-you-can-eat shops for about ¥2,000, but you can find much cheaper, yet delicious and authentic food stores selling traditional food such as Chinese steamed pork buns, boiled dumplings (Gyoza), sesame balls, chow mein, roasted Pecking duck and many more. It is said that Yokohama Chinatown is the biggest Chinese food spot in Japan so if you’ve got a big tummy, you’ll be able to conquer this enormous Chinese food world to your heart’s content. Inside the beautiful twin gates with colorful Chinese characters on them, it’s a completely different world!

Taken while riding in the Sea Bus (Sea Bass)

It’s a sea shuttle service around Minato Mirai area, connecting four major points along the bay including; Yamashita Park, Akarenga, Minato Mirai and Yokohama Station’s east exit. It was so worthy to have a ride in it for a fare of ¥350, whilst having a truly spectacular view of the port city and the Yokohama Bay Bridge while enjoying the cool ocean breeze. Quite a splendid way to end the day!

“Shopping” is the utmost melodious word for a shopaholic. In the places I got to visit, there were so many popular and large scale shopping malls to shop at. I went crazy over all the nice things I saw. The only problem was, they were expensive. Red Brick warehouse, Yokohama world porters, Landmark Tower Plaza and Queen’s square are some of the shopping malls you can hop in at Yokohama. Even though you can’t buy the stuff, it’s all eye-candy after all!

October is one of the most pleasant months for traveling in Japan. Tree leaves begin to turn their colors in the northern regions to prepare for autumn. But the day after my arrival, a tropical cyclone named “Typhoon Phanfone”, which was the 18th of the annual typhoon season, hit Japan. It was reported that strong winds (speed 140km/h – 175km/h), caused severe damages and fatalities in southern Japan. Luckily, Yokohama was situated outside of the eye of the cyclone but it rained cats and dogs for about half an hour with high winds. After the storm passed, it was sunny and warm as if there had been no rain for months! The winds might have swept the rain clouds far away. Even though I couldn’t go out that day, I was happy to have a hurricane weather experience. 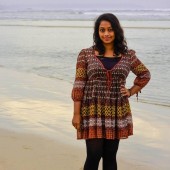 Inspired by her favorite writers, Madhu Senarath started writing stories and poems since her childhood. She spends her leisure time reading and writing and she considers it a quite wonderful way to unleash her feelings and find inner peace. Madhu is contributing with short fictions to Queen of Sea. 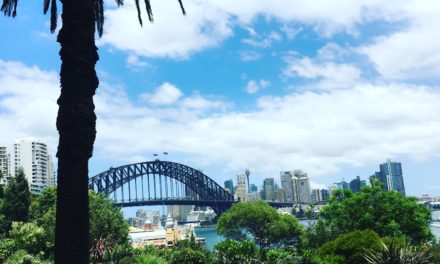 The Train Diaries of ShutterEyeLadz